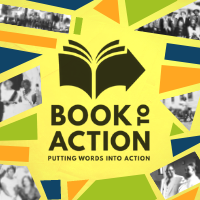 Throughout the year the Social Justice Book Club will read books that will have us examine different social injustices, stereotypes, and prejudices that exist in our current world. Whether it be an inspiring coming-of-age novel in the civil rights south, a true story of adversity challenging unjust laws, a beautiful picture book embracing all families, or a book of essays and prose from activists, this book club will explore all the facets of our shared humanity.
This discussion will be around Sarah M. Broom's The Yellow House and is part of SBPL's Book to Action programming. Co-moderating this session will be Drs. Stephanie Batiste and Felice Blake, both Associate Professors in UCSB's English Department.
Please register to receive the Zoom link for the virtual event.
The book is available to check out in hard copy and e-book (hoopla or Libby/Overdrive).
A limited number of FREE copies of the book are available for registrants. After you register, please email Jen Lemberger at JLemberger@SantaBarbaraCA.gov to inquire.
See the full list of Book to Action events HERE.
____________________
About Dr. Felice Blake:
Dr. Blake specializes in twentieth-century African American literature, African American studies, and critical analyses of gender and sexuality. Her research interests are situated within the fields of literature, cultural studies, Black Studies, and gender studies.
About Dr. Stephanie Batiste:
Dr. Stephanie Leigh Batiste is an Associate Professor of Black Studies and English at the University of California, Santa Barbara (UCSB), where she is also Affiliate Professor in the Departments of Theater and Dance and Comparative Literature. Dr. Batiste’s research areas include Race and Racism, Performance Studies, African American Literature and Culture, American Studies, Cultural Studies, and U.S. History.
Dr. Batiste is a poet, performer, and playwright. Her poems have been published in The Current and Foundry. Her solo show Stacks of Obits and plays Blue Gold & Butterflies, and Young Love Found & Lost: 6 poems in a circle have been performed nationally and internationally. Notably, she received a LA Creation Residency at the Bootleg Theater for Blue Gold & Butterflies.
About the book:
A book of great ambition, Sarah M. Broom's The Yellow House tells a hundred years of her family and their relationship to home in a neglected area of one of America's most mythologized cities. This is the story of a mother's struggle against a house's entropy, and that of a prodigal daughter who left home only to reckon with the pull that home exerts, even after the Yellow House was wiped off the map after Hurricane Katrina. The Yellow House expands the map of New Orleans to include the stories of its lesser known natives, guided deftly by one of its native daughters, to demonstrate how enduring drives of clan, pride, and familial love resist and defy erasure. Located in the gap between the "Big Easy" of tourist guides and the New Orleans in which Broom was raised, The Yellow House is a brilliant memoir of place, class, race, the seeping rot of inequality, and the internalized shame that often follows. It is a transformative, deeply moving story from an unparalleled new voice of startling clarity, authority, and power.
About the author:
Sarah M. Broom is a trained journalist and author. Their work has appeared in The New Yorker, the New York Times Magazine, O, The Oprah Magazine and elsewhere. In 2016, Broom received the prestigious Whiting Award for Creative Nonfiction, which allowed her to finish The Yellow House. She received her undergraduate degree in anthropology and mass communications from the University of North Texas before earning a Master’s degree in Journalism from the University of California, Berkeley. Broom began her writing career as a newspaper journalist working in Rhode Island, Dallas, New Orleans and Hong Kong (for TIME Asia) and also worked as an editor at O, The Oprah Magazine for several years, writing in the hours before and after work.
In the years following, Broom worked extensively in the nonprofit word, including as Executive Director of the global nonprofit, Village Health Works, which has offices in Burundi and New York. She has taught nonfiction in Columbia University’s creative writing department.
Broom loves solitude, travel, making a beautiful room and the possibility of getting lost. She is a native New Orleanian, the youngest of twelve children, and makes her home in New York City.
Stay tuned for related Book to Action events starting in March and ending in May.

Book to Action is a grant-funded program through the California Center for the Book that takes the basic book club concept and expands it to create a dynamic series of events for adults and multigenerational groups. In 2021, 35 library jurisdictions were selected to create a Book to Action series. Librarians work closely with community partners in engaging community members to read and discuss a book on a current topic, attend author or speaker events, and put their new-found knowledge into action by participating in a community service project or civic engagement activity related to the book.

California Center for the Book is a program of the California Library Association, supported in whole or in part by the U.S. Institute of Museum and Library Services under the provisions of the Library Services and Technology Act, administered in California by the State Librarian.

You must log in to register for this event.
Oops! - There was a problem in authenticating your card: