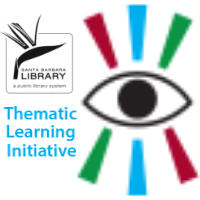 A Fierce Green Fire, the first big-picture exploration of the environmental movement, is a one-hour documentary chronicling one of the largest movements of the 20th century, and one of the keys to the 21st.

Written, directed and produced by Academy Award-nominee Mark Kitchell (Berkeley in the Sixties), American Masters: A Fierce Green Fire spans 50 years of grassroots and global activism from the 1960s-2009 and connects the major causes of environmentalism, from conservation to climate change. Narrated by Robert Redford, Meryl Streep, Ashley Judd, Van Jones and Isabel Allende, the film premiered at the 2012 Sundance Film Festival and has won acclaim worldwide.

Inspired by the book of the same name by environmental journalist and film interviewee Philip Shabecoff, and informed by advisors like conservation biologist E.O. Wilson, A Fierce Green Fire unfolds in five acts, each with a central story and character, featuring vivid archival footage and new interviews that shed light on the battle for a living planet. The first four acts include success stories of people fighting for causes against enormous odds, and the fifth concludes with climate change.

Pre-Registration will reserve you a seat up until 10 minutes prior to the start of the event.

You must log in to register for this event.
Oops! - There was a problem in authenticating your card: